« [Short] In the Northen seas, a fisherman is going - Lego - AT Steampunk et bras robotique »

[Pub] Pepsi Commercial HD - We Will Rock You - connaissais pas ! 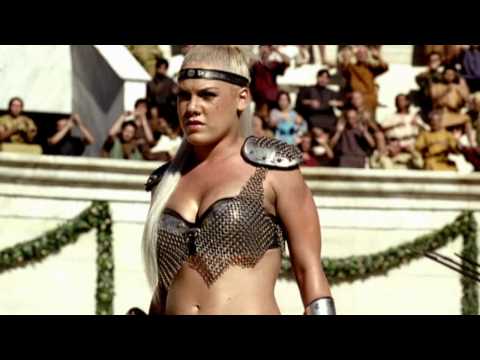 The commercial is set in the Roman Coliseum. A gladiatorial combat between 3 lady gladiators is about to occur. They come out to chants from the crowd but refuse to fight. They drink Pepsi instead and sing We will rock you by Queen.

The challenge was to recreate the Coliseum and a crowd of 50,000 in the computer. The first 5 rows of the coliseum and associated people were shot for real and the rest is CG.

What made this slightly more difficult than the usual crowd replication scenario was the fact that we were going to be relatively close, at film resolution and with a panning camera creating a fair degree of parallax. We shot about 50 extras against a green screen and with some inhouse software scattered them around the auditorium randomly with random offsets and colour correction. The auditorium itself was built conventionally in the computer with textures from the set and other pictures shot on location in Rome. Final Gathering was used in the rendering of it.