VetiGel: The Band-Aid of the Future Stops Bleeding Instantly 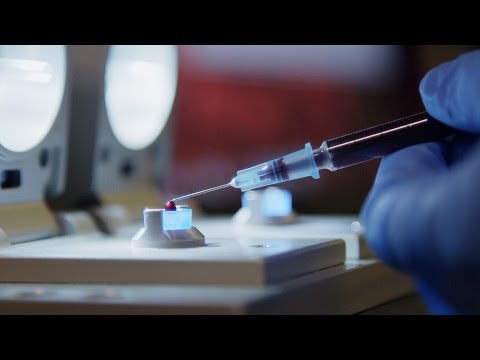 Nov. 19 (Bloomberg) – A small lab in Brooklyn is working on a gel that can stop bleeding in 20 seconds. Platelets stick together when VetiGel, made from plant-based polymers, comes into contact with blood. VetiGel’s co-founder, Joe Landolina, started working on the project while he was a freshman at New York University. Bloomberg's Sam Grobart reports for "The Year Ahead: 2015" series. (Source: Bloomberg)

Bloomberg Television offers extensive coverage and analysis of international business news and stories of global importance. It is available in more than 310 million households worldwide and reaches the most affluent and influential viewers in terms of household income, asset value and education levels. With production hubs in London, New York and Hong Kong, the network provides 24-hour continuous coverage of the people, companies and ideas that move the markets.